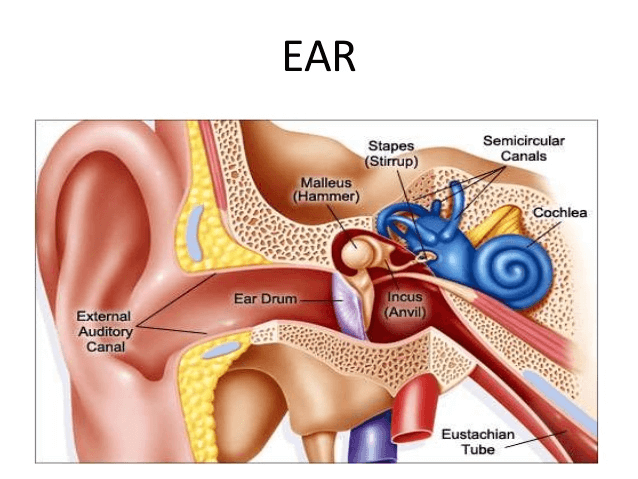 Hearing starts with a sound wave, a vibration in the atmosphere which could be generated by wind, speech or the sound of a hammer, for example. This vibration moves the air particles around it which then transmits through the air as a sound wave.

When the sound wave reaches your ear, it is conducted down the ear canal to the ear drum. The ear drum then vibrates in reaction to the impact of the sound wave and this vibration is transmitted through the middle ear via three very small bones. The last bone in the chain, the stapes transmits the vibrations to the fluid in the inner ear and into the delicate snail like structure known as the cochlea.

In the cochlea, the movement of the fluid sets off thousands of hair cells in movement, which is then translated into nerve impulses which travel along the Auditory nerve to the auditory cortex in the brain. This area of the brain is responsible for translating these nerve impulses into recognisable sounds such as words, music or the wind.

Any breakdown in this complex system can cause a hearing loss. 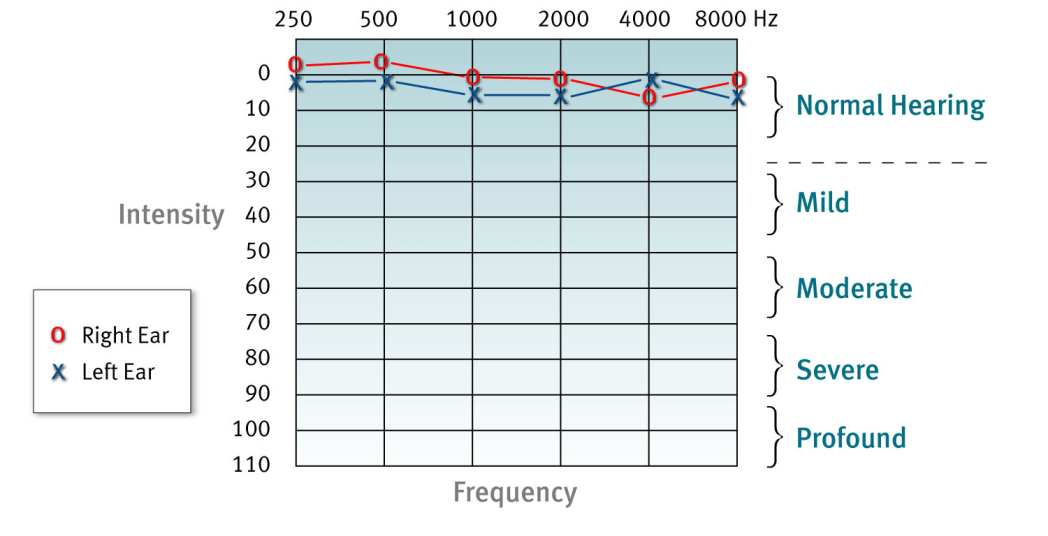 This is a diagram of an audiogram, where an audiologist would mark down the results of a hearing test. Hearing levels can be described as falling into these ranges marked along the side.

Hearing loss can also be described as being ‘Conductive’ or ‘Sensori- neural’.

A Conductive hearing loss is due to a problem with the outer or middle ear which prevents the sound from reaching the cochlea. A common example is a middle ear infection. These losses are often medically or surgically treatable.

A Sensorineural loss (or ‘nerve’ loss) is the most common type of loss detected and describes a problem with the inner ear or the Acoustic nerve. It is usually permanent and can be assisted with hearing aids or a cochlear implant.

You can also have a ‘Mixed’ loss which is a combination of the two.