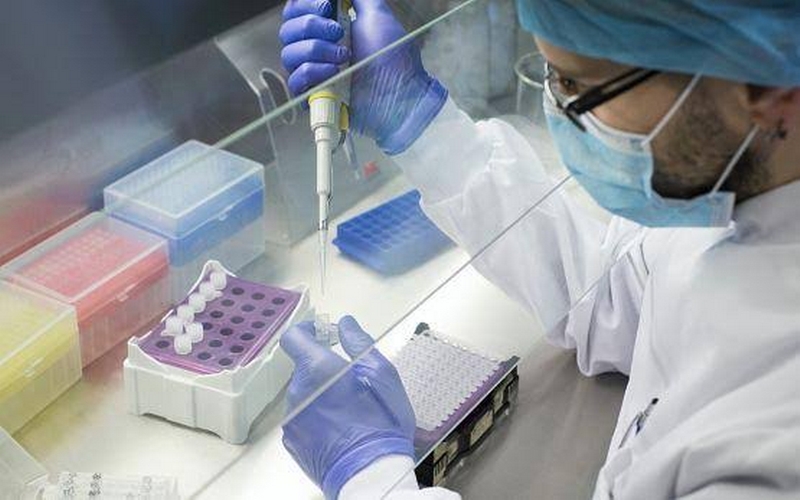 News in the world of research:

Scientists recently discovered genes causing age-related hearing loss. What are the implications for those of us with hearing loss? What other hearing loss research is already out there?

As Discover Magazine reported, researchers have had a difficult time identifying genes involved in age-related hearing loss. Karen Steel, a neuroscientist at King’s College London led the new research. It involved generating more than 1,200 kinds of mice. Each had a mutation in a different gene. Some of the mice had their hearing tested when they were young adults, and then again, a few times as they aged. The hearing test captured the response of brain cells that process sound. It also detected even very mild hearing loss.

Of the 1,211 genes the researchers tested, 38 — or more than three percent – showed hearing impairment. The results were published in the journal PLOS Biology. As Discover summarized, “The finding means that out of the tens of thousands of genes in the genome, there are likely hundreds more that affect hearing loss. Based on their discovery, the researchers say there are likely a thousand genes in total involved in hearing loss.”
Innovative Approach

John Brigande, Associate Professor of Otolaryngology at the Oregon Hearing Research Center at Oregon Health and Science University (OHSU), has a profound bilateral hearing loss of unknown origin. He is one of several people with hearing loss doing research in auditory sciences. When asked about this study, he responded, “I think the approach to identify these 38 new genes was innovative.”

“I think the approach to identify these 38 new genes was innovative,” Brigande said when it comes to a large-scale assessment or screen of 1,211 subjects, the details of the screening approach hold the key. Typically, the most rapid, economical assessment of hearing is conducted. Since mice startle in response to brief, loud intensity sound, failure to startle suggests profound hearing loss. Yet no startle testing was performed in this study. The startle test won’t detect subjects that are hearing impaired but still respond to the loud startle stimulus, Brigande said. “Similarly, a subject genetically predisposed to age-related hearing loss with an onset after the startle response was conducted will be missed,” he added.

The approach used in this study – auditory brainstem response testing – detects all forms of hearing loss. The 38 candidate genes identified weren’t detected in previous screens because they lacked sufficient sensitivity. “The so-called ABR testing with pure tone stimuli is the highest resolution screen one can deploy but requires an extraordinary commitment,” explained Brigande.

“Consider that it takes 15 minutes or so per mouse to perform the ABR,” Brigande said. “That’s 1,211 mice x 15 minutes, or over 300 hours of hearing tests. The ABR waveforms need to be analysed. Control animals need to be evaluated as well. Then statistical analyses for every ABR must be performed. The benefit of the approach is [finding] novel genes for adult-onset hearing loss, childhood deafness, as well as genes required for maintenance of hearing.”

Researchers say this discovery could help identify better treatment options. As Brigande explained: Say a person has a genetic mutation associated with adult-onset hearing loss. This information is learned as a young adult. This person can then take steps to avoid loud, intense sounds that might exacerbate onset of the hearing loss. Resources can be set aside for hearing aids and assistive listening devices that will aid communication in the future. The person can also take the time to learn how hearing loss influences wellness specifically in adults in an effort to bypass any negative outcomes.

The clinical benefit means that studies can be conducted to delay the onset to as late as possible in life. “There could be a drug therapy to forestall onset of the hearing impairment,” Brigande said. “All of the activities by the patient and researchers are possible if we know the gene underlying the hearing loss.”

There is currently research being done on cochlear implants, brainstem implants, acoustic hearing aids, bone conduction hearing aids, pharmacotherapy to mitigate tinnitus, sensorineural hearing loss, acute onset hearing loss, and so on. A well-known study involves regrowing sensory hair cells. The National Institute on Deafness and Other Communication Disorders has the latest in hearing and balance research, though it was last updated in January 2017.

Regarding gene therapy, there’s one clinical trial that tested virus-mediated gene delivery to the inner ear of profoundly hearing-impaired individuals, said Brigande. The gene is ATOH1, a transcription factor required for hair cell differentiation. “That study I just learned is completed, but results have not been reported,” he said. “So the gene therapy side for inner ear disease is just getting started and no successes to report to date.”

Brigande thinks that therapeutics for treating inner ear disease will be improved when we have more complete animal models of human hearing loss and imbalance. Mice are exceptionally good model systems to gain an understanding of how a genetic mutation impacts inner ear function, he said. They may also be useful to discern which therapeutic strategies have value and merit further testing. “But we need higher vertebrate model systems of human inner ear disease in order to validate therapeutic strategies that we ultimately seek to test in the clinic,” he said.

If a model system that most closely represents human hearing is used to show our effective gene strategy, we’ll advance therapeutics for inner ear disease immeasurably, he added. “I think gene replacement strategies in which a healthy gene is introduced into the inner ear to replace the function of a mutated gene holds great promise for treating inner ear disease,” said Brigande. “I also believe that pharmacotherapy with antisense oligonucleotides to correct aberrant gene expression is a powerful approach. The emergence of genome editing technologies has enormous potential though the approach is as yet unproven in the adult inner ear with genetic hearing loss.”